Girl Guides Australia > Who we are > Board 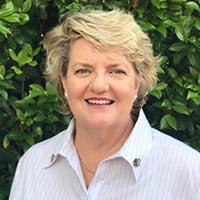 Rosemary brings to the Board experience in governance, strategic planning and process and a strong commitment and belief in the fundamental importance of the contribution not-for-profits make to the community as a whole.

Rosemary has been a Director of UN Women (formally The National Committee for UNIFEM in Australia) and was a member of the UN Women delegation to the Commission on the Status of Women in 2007 and 2008.

Professionally, Rosemary has a background in business and financial management.

Kate Alcorso - Chair of the Board 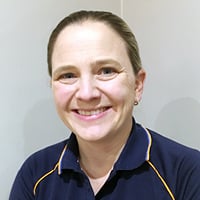 Kate Alcorso is a Senior Associate Lawyer for a Launceston law firm practising in commercial and estate law, with a particular focus on business transactions. Kate is a member of the Taxation Institute of Australia and keeps abreast of developments in corporations and taxation law. Kate has also been involved with other local boards within the community sector.

Kate is also a leader of the Rainbow Star Guides, girls aged between 5 and 10 in Launceston, Tasmania. Kate has been a Guide for about 30 years, starting as a 7 year old. In particular, Kate has always taken up the leadership opportunities available to her within the organisation and had served on the Girl Guides Tasmania board prior to her current appointment.

Kate is passionate about Guiding and seeing the development of the girls in her own Unit. Guiding has offered Kate personally many opportunities, including attending overseas events, and she is thrilled to contribute to the governance of Guiding in Australia as a member of the Girl Guides Australia Board. 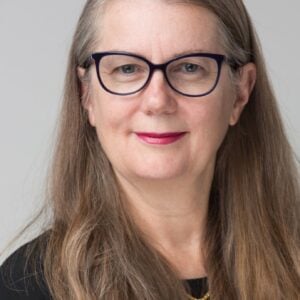 Joanne has been a member of Girl Guides for nearly 55 years and holds the Queen’s Guide, Emu, Red Kangaroo and Asian Pacific Leadership Awards. During this time, she has fulfilled the roles of Leader, District Manager, Deputy State Commissioner, Honorary Legal Advisor, as well as serving on a number of board sub committees at both state and national level.

With formal qualifications in science, education & law, as well as being a Graduate of the AICD Company Directors course, Joanne has 26 years’ experience in the regulation of health practitioners.

Currently she is a member of the following: Nursing and Midwifery Council of NSW (Legal Member), Royal Academy of Dance London – Development and Fundraising Committee (Member), the Curriculum Committee of the RANZCR,  the Consumer Panel of the National COVID-19 Clinical Evidence Taskforce, the Nursing and Midwifery Strategic Reference Group of the Australian Government Department of Health  and the Radiation Advisory Council of NSW. 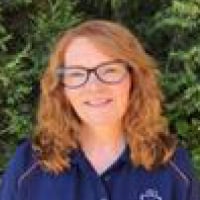 Debra has been a passionate and active member of Girl Guides since the age of 7 when she first joined Brownies in her hometown of Wallasey in the North West of England. Her enthusiasm and interest in Guiding grew as she became a Guide, Ranger, Junior Leader and once she turned 18 years – she was presented with her ‘warrant card’. Her involvement in the movement continued when, in 2005, Debra moved to Australia through an opportunity with her husband’s work. Since then she has held various roles including Unit Leader, District Manager and Assistant Region Manager to name a few.

Professionally, Debra’s background has been in the banking industry where she worked in many locations throughout UK. At one point, Debra was a branch manager with responsibility for 2 branches. In Australia, Debra has continued her employment in finance and administration enjoying working in a team environment and engaging with people from all walks of life.

A familiar story for many in the Guiding movement, it has been a huge part of Debra’s life and she believes it becomes part of who you are – she was delighted and honoured to have been appointed as Queensland Director to the Girl Guides Australia Board.

Debra is highly thought of by those that she has worked with and she strives to ensure that girls continue to develop and grow. She is also very aware of how Guiding needs to adapt to survive in today’s changing and challenging world. 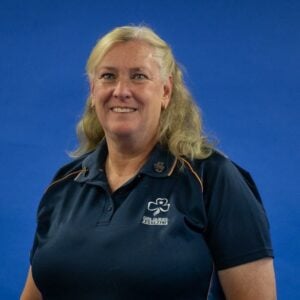 Helen was a Guide for 7 years as a child then returned as a leader when she was 21, a role she has held for nearly 35 years. Guiding has provided many opportunities including travel to international events in Kenya, the UK and Switzerland. Helen has also travelled to every State in Australia to represent GGA at WAGGGS training sessions. Holding positions such as State Program Manager, Assistant National Program Manager and National Program Manager she brings a wealth of knowledge about the Australian Guide Program.

Helen is a retired librarian having managed both TAFE and University libraries with a Masters in Human Resource Management and PhD in Librarianship. She is currently living on a farm in the Victorian Otways growing trees for shelter, conservation and profit. She also has her own mob of kangaroos. 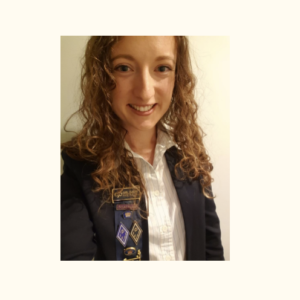 Like many women in guiding, Georgina’s guiding journey began when she was 7 and she hasn’t stopped since! Her involvement has varied as she’s grown through the movement, some of the most memorable moments being her Queen’s Guide award, being part of the program team for FanTAStic, and Leading Edge Young Women’s Forum.

Prior to her appointment as GGA Board Director for Tasmania Georgina has been a Member Director on the GGT Board for two years and more recently Chair of the Tasmanian State Guiding Committee. Georgina has been involved in re-establishing the Olave Program in Tasmania, and is passionate about the value guiding brings to adults as well as youth members.

Professionally, Georgina is a pharmacist, working in community pharmacy and aged care services. 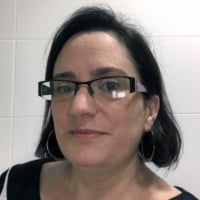 Heather has been involved in Guiding since her childhood in the UK where she was a Brownie, a Guide, and a Ranger. Since moving to Australia she has held a number of different roles including Unit Leader, District Manager, and Assistant State Commissioner for South Australia. Heather also represented Australia at a WAGGGS Leadership Development Program in Bujumbura, Burundi.

As well as being a lifelong Guide, Heather has a passion for gender equity and her other volunteer roles have included being on the board of the Women’s Legal Service of South Australia and committee roles for UN Women in Adelaide.

Heather’s professional career has been largely in project and change management, with an emphasis on business improvement and IT solutions. She is also an experienced trainer and workshop facilitator with a keen interest in lifelong learning.

Heather is committed to ensuring the same (and more) opportunities that she has experienced over her years of Guiding, are provided for generations of girls and young women to come. 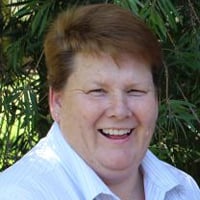 Alongside a professional role at the Aboriginal Legal Service, Katrina Lane volunteered as the Assistant to previous State Commissioner Linda Elezovich for over three years. She is also a current Unit Leader, a Learning Partner, and has previously held roles as the International Manager and four years as the Program Manager.

Katrina’s Guiding story is a familiar one. She tried to drop her niece off at the Morley Girl Guide Unit and never left!

Katrina has helped organise major events and even met a Prince through Guiding. She says she is trying to become a better outdoor Guide. But as much as she has given to this organisation, Katrina believes it has also given a huge amount back to her. It has allowed her to honour her parents and the commitment to volunteer work they instilled in Katrina as a young woman. And it has given her to the opportunity to stay closely connected with her nieces.

Katrina has this to say about her approach to leading Girl Guides WA: “Girl Guides WA has undergone tremendous change over the past few years and is ready to take on new and bigger challenges. I am passionate about this organisation and have seen what it has done for me personally and for my family. I want nothing more than to be here for the next young woman who needs Guides, for whatever reason. With the help of our Unit Leaders, Managers and staff I am looking forward to the future of empowering girls and young women to grow into confident, self-respecting, responsible community members.”

Katrina is looking forward to the continued growth of Guides in Western Australia. 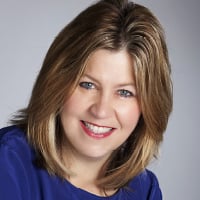 Katherine is the Chief Executive Officer of Fundraising Institute Australia, the peak body for professional fundraising. Prior to her current role, Katherine was the Director of Communications & Customer Experience at Australia’s largest marketing association, the Association for Data-driven Marketing & Advertising (ADMA).

Her experience encompasses both established and start-up, commercial and not-for-profit companies including the Sydney Symphony Orchestra and SBS, Australia’s national multilingual and multicultural broadcaster, where she spent more than seven years as Head of Group, responsible for all marketing communications for SBS programs and services. While at SBS she managed large internal and external agency teams to achieve award-winning, highly-effective campaigns that engaged audiences and stakeholders. Her achievements include the launch of the now-iconic SBS brand refresh ‘Six billion stories and counting…’ and the launch of SBS’s digital platform SBS ON DEMAND as well as the establishment of connected communities for SBS content areas.

Katherine was previously on the board of Synergy & TaikOz, Australia’s leading percussion ensembles, and Kim Carpenter’s Theatre of Image.

Katherine grew up in Minnesota, USA, where she was in the American Girl Scouts for many years. 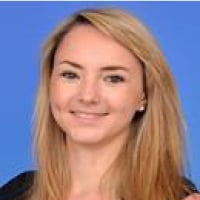 Laura trained as a Chartered Accountant in the UK and has spent the last 8 years of her career working across a number of roles in professional services, with diverse experience in problem-solving, business planning and reporting, research, analysis, and stakeholder management. Laura emigrated to Sydney, Australia in 2015 and her most recent role at KPMG has focused on managing strategic firm-wide projects to drive growth and delivering tech-enabled solutions for national and international clients.

Laura has been involved in Guiding from a young age, joining Rainbows in the UK at the age of 5 and progressing to Brownies and Guides. Laura has personally seen the life-forming positive impact that Guiding can have, enjoying a number of wonderful experiences including camps and jamborees, taking part in gang show, being lucky enough to visit Our Chalet in Switzerland, and making friends for life.

Laura is a passionate advocate for women in leadership and for improving access and opportunities for young women to reach their full potential. Laura was thrilled to have been appointed to the board from October 2019 and is committed to helping GGA evolve through a period of rapid change to continue to empower girls by building skills in leadership, confidence, and teamwork in an environment of fun and adventure.